Unions unite for O’Farrell fight
25 Apr, 2012 04:00 AM
UNION leaders and delegates from across the Central West met in Bathurst yesterday for the launch of the Central West Union Alliance.
Several unions have come together to form the alliance as part of a campaign to take on the NSW Government and its new industrial relations laws.

They came from Lithgow, Clarence, Bathurst, Orange and Dubbo.

“We are pleased to see so many delegates from all over the Central West,” she said.

“This tells me we are a force to be reckoned with.

“This launch of the Central West Union Alliance is the culmination of eight to 10 months of solid work, so we are very pleased.”

She said the alliance between the major unions has been created so they can speak with one voice about matters specific to the Central West.

Ms Coleman said the alliance is open to all who wish to take part. A leadership team will be elected in Orange at the end of July.

She said the group is designed to promote the “broad interests of working people during a time of economic insecurity and State Government attacks on workplace rights and public sector workers – which form a large segment of the Central West comm-unity”.

“The Central West has faced a particularly difficult period recently, with the loss of jobs at Kirkconnell jail, uncertainty in the Department of Industry and Investment, and potential privatisation of the power stations near Lithgow,” Ms Coleman said.

“We’ve seen sustained attacks from the O’Farrell Government, which continues to undermine the rights of working people, and is now considering cutting staff ratios for nurses, police, teachers, firefighters and other vital public sector workers.

“This is our opportunity to have a co-ordinated voice on these issues, to defend local jobs and services.”

She said the group intends to be an active member of the Central West community and will advocate for better services across the region.

Unions NSW secretary Mark Lennon said yesterday that now, more than ever, “working people need a strong voice to ensure their jobs and workplace rights are a priority to government, business and the broad community”. 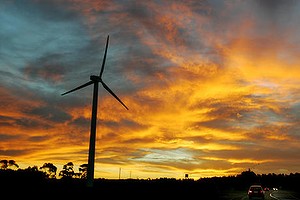 Cheeseburgers and Guns.  Climate change and pricing carbon  – By Darin Sullivan “Let’s not react to the those people who jump on shock jock radio and spew [...more]