As I moved into politics and the union movement as a relatively young bloke, I did so not realising that I was related to a well known and respected figure in the Australian labour movement, a man named Isadore ‘Issy’ Wyner.

Today (23rd August 2014) marks six years since his passing, and in memory of Issy I’m noting some of his history, some personal memories, and reflecting on my time with him and his (our) family.

As a young boy, my family and I would spend half of Christmas day with my father’s family. It was the 70’s and 80’s. My father’s parents were divorced when he was young and when his father re-married he linked the ‘Sullivans’ up with another family – the ‘Wyners’. So there I sat every Christmas for the best part of fifteen years, with my Aunty Trish (my dad’s step sister) and her family, Uncle Larry and their children Melissa and James. Also sitting at the table and around the Christmas tree each year was Larry’s mother and father – Issy and Ruby Wyner. My Godmother, ‘Aunty Joyce’ Heffron, would take part in heated discussions with Issy and my Grandfather, usually furious agreement about the state of the world, politics, and the city we lived in. I was young and presents under the tree interested me as much as the family chats that went on, but they were warm and caring Christmas Days which I remember fondly.

Thinking back, I can remember the politics discussions and banter across the room about things I knew little of, activism, ministers, political parties, etc. I remember Issy holding court as he spoke with us all about what was happening, but so much of it went over my head – or did it? It wasn’t until I joined the NSW Fire Brigades as a 20 year old that I joined a union and started to learn what unions did. As I took more interest in principles and issues in the workplace, I moved into an elected role within my union, the Fire Brigade Employees’ Union (FBEU). I was able to learn more about the labour movement, and become more involved in politics more broadly. Before long I was on picket lines, and rally’s, and leading my union into battles with the government of the day. It wasn’t until talking to some of my comrades in the labour movement, and starting to read books and historical notes in the mid 2000’s that I realised just how influential and important Issy (and his family and friends) were to the labour movement, especially here in Sydney NSW. Ruby had passed away in 2000 and just as I made the connections of the history that had been right next to me all of my life, Issy passed away.

Having finally gained political knowledge and armed with my own experiences, stories, and a willingness to sit with him and learn much more, I missed the opportunity. He passed away just as I realised who he was (and in some ways who I was). Of course I still have his family, his writings, and his history but I often reflect on missing that access to him that, due to matters of timing and fate, I never utilised or got a chance to appreciate.

Perhaps it’s a co-incidence that I do what I do now in the labour movement, not knowing when I was young what Issy did? Then again, perhaps as children we absorb adults and family interactions, their desires for a better world, and what they do? Perhaps subconsciously we do hear what’s going on, and that helps form the paths we make in later life? Perhaps there was just a few phrases, a few comments that I put into the back of my mind until they made sense? Are we born as conflict theorists or do we learn how to use conflict theory as a matter of survival and principle?

On the anniversary of Issy’s passing, while I reflect on opportunity lost and the ghosts of my Christmas’s past, please spare a thought for the legends in our society that spent their lives making a difference.

Below are reproductions of published pieces written about Issy, his family and friends.

Originally published Saturday, August 23, 2008 By Tony Stephens in the Sydney Morning Herald
Reprinted in the Green Left Weekly with the author’s permission.

When a teacher at Fort Street High School recommended that students read the economist John Maynard Keynes, the school boy Isadore Wyner suggested Karl Marx. Young Issy was reprimanded. This did not stop him from engaging with the world for another eight decades. While Marx lost most of his supporters many years ago and even Keynes has fallen from the fashionable, Wyner maintained his youthful curiosity, almost until his death at 92, in everything from the world’s biggest geopolitical dramas to the future of a local park in inner Sydney. Issy Wyner was born in Marrickville to Samuel, a Jewish cabinetmaker from Riga, Latvia, and his wife Rachel (Welling), from Estonia. The Wyners arrived in Sydney in 1914. Issy was the eldest of four boys and a girl. The family moved to Rozelle in 1920, then to Balmain. He attended Rozelle Public and Drummoyne and Fort Street high schools. Samuel Wyner was a founding member of the Communist Party of Australia in 1921 and provided young Issy’s first reading material, minutes of the first meeting of the Communist International. Aged 12 during the Depression, Issy joined others occupying houses to prevent the tenants from being evicted, a defiance that often ended in brawls with police. His father would take him to the “dole dump” in the Haymarket, where food was distributed to hungry families. His father was expelled from the Communist Party in 1932, the year he left home. Issy left school at 16 to become the family breadwinner. After joining the Young Communist League he was expelled in 1933, with Laurie Short, who was to overturn the communist control of the Federated Ironworkers Association. Wyner was also a member of the Unemployed Workers Movement and his first political victory was when he and Short had the swimming pool at Birchgrove, now the Dawn Fraser Pool, opened free to unemployed young people. Wyner became a public servant, stamping dole books, and was transferred to Newcastle. He later went to sea on coastal steamers and became an ironworker at Mort’s Dock during World War II. In 1940, Wyner met Ruby Bundy, a seamstress, at a party held by Nick Origlass, a left-wing political activist who was to become Issy’s colleague. Ruby had led a strike by 40 laundry workers. They married in 1942. After the war Wyner became a painter and docker at Cockatoo Island and joined the Ship Painters and Dockers Union. He was a paid union official for 30 years, and its historian. The union held annual elections for officers, which Wyner won repeatedly. Together with many elections to Leichhardt Council, he was elected 44 times. Hall Greenland, his political colleague, says Wyner was the most elected man in Australia. After the Bob Hawke government disbanded the union, the unsentimental Wyner said: “I’m a life member of a dead union”. In 1983, he published With Banner Unfurled, tracing the union’s early history from the 19th century. A second volume, The Union Right Or Wrong, published by the State Library in 2001, took the history to World War II. Wyner was elected as a member of the Labor Party to Leichhardt Council in 1959, joining Origlass. For years they defied authority in pursuing such unfashionable causes as preserving the environment, opposing developers, coal loaders and expressways, and opening council meetings to the public. The ALP expelled them in 1968 for opposing a caucus decision to allow a chemical tank depot in the community, but they returned in 1969 as independent Labor. They were ejected from meetings and ordered by the Supreme Court to comply with the mayor’s rulings. The open council meetings from 1971 meant all residents could have a say, although meetings sometimes lasted until 3am and development applications were delayed interminably. Critics accused them of stopping reasonable medium-density housing in the inner city and forcing the growing city further into its westward sprawl. Wyner’s last book, Open Council: A New Era In Local Government, was launched only two weeks before his death. When Wyner opposed public housing in Mort Bay, he was accused of having moved rightwards across the political spectrum and joining the yuppies. He countered that he was not opposed to public housing but wanted open spaces. He saw the opening of Bicentennial Park, Rozelle Bay, stopped the building of a huge marina at Rozelle Bay, and led the first struggle to save Callan Park, when he was mayor in 1990. His Community Independents lost power to Labor the same year, when the NSW government appointed an administrator to control planning in Balmain. Ruby died in 2000. Wyner is survived by their son, Larry, his wife, Patricia, grandchildren James and Melissa, great-grandchildren Nina and Astrid, and sister Marie. 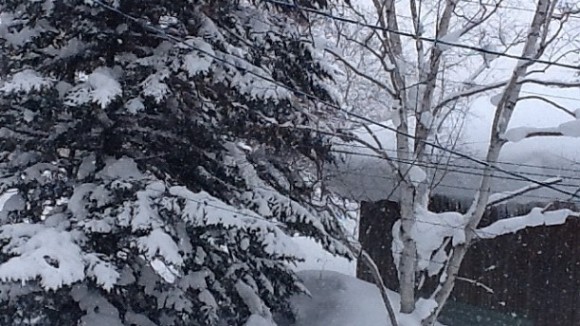