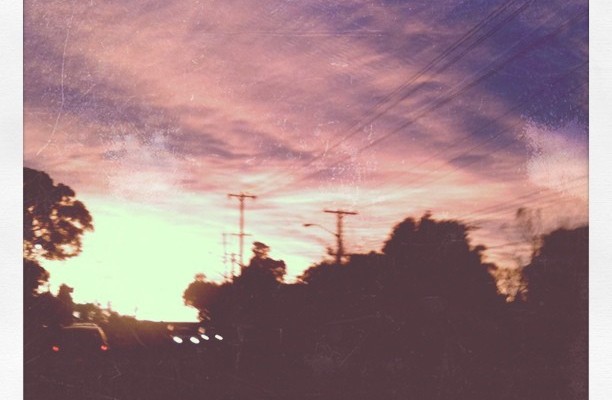 I am no climate scientist, but I have read widely and sought advice, and I am prepared to accept the overwhelming scientific evidence that climate change is real and its impacts are already being felt.

When the Bureau of Meteorology reports Australia’s temperatures have risen 0.7 degrees since 1950 with the last decade being the hottest on record and rising, placing the long-term viability of key regions of Australia’s agricultural food bowl at risk. I am in no place to challenge their readings.

When the CSIRO reports that ocean levels have risen 3mm on the East and South coast since 1993 and 7-10mm on the West and North coasts – creating risks for some coastal communities – I am not going to construct my alternate oceanographic models.

And when the University of Queensland finds the coral on the Great Barrier Reef is dying and has declined by half – putting at risk not only an Australian icon, but jobs in the tourism and fishing industries – I am not tempted to slip on a wetsuit and check out the evidence for myself.

Because I accept the scientific evidence, I owe it to the people I represent to act on the real threats that science has identified and be part of the massive nation-building project that will be required to shift our base from a carbon-dependent economy.

I am no economic modeller, but having also seen the alternatives, I am prepared to accept the economic evidence that a market-based ‘carbon price’ is the most effective way of changing the way carbon energy is produced and consumed.

I accept the advice of eminent economists like Ross Garnaut, the man that advised the Hawke-Keating governments on economic reform – that making big corporations pay more for carbon energy will drive investment in renewable energy by making it relatively cheaper.

I also accept his warnings that the risks to Australian workers in not acting now are far greater than any short-term impacts in acting now, because if we delay we will be forced to take more drastic action as the situation worsens.

Because I am the ACTU president, I do know something about my members’ needs and my number one priority is representing their interests – in particular their job security and their income security. In this capacity, I have made three clear demands of the government in recent weeks.

First, that the big polluting companies should pay for their carbon usage rather than ordinary working families.

Secondly, that any flow-on in costs to low and middle income households be compensated.

And thirdly, that workers in trade-exposed and carbon-intensive industries are properly protected.

I am heartened that the government last week met the first two of these demands – more work is needed to explain how the third demand is met, and until it is I will be fighting hard for the job security of my members.

Finally, I look at Tony Abbott’s position and can’t take it too seriously. The Opposition Leader has famously stated that climate change is ‘crap’, before wanting to have a bet each way and also accept that it is real. Real crap?

Their so-called solution of ‘direct action’ is nothing more than window dressing. The plan is to pay big corporations to make voluntary cuts to polluting emissions, costing taxpayers $720 each per year. Such an incentive scheme is doomed to go the way of all previous attempts to shift corporate behaviour with a taxpayer-funded carrot.

While the big corporations will receive government support, there is nothing in the Opposition plans to compensate households for rising energy process, which the experts agree will continue unchecked without a price on carbon to provide long-term investment certainty.

And when it comes to job security, the Opposition policy will be a disaster. It would hurt the Australian economy by putting it behind the game and exposing our workers – my members – to more drastic action when the time to act inevitably comes.

Climate change is union business because it requires a major economic shift – one that will impact on some industries and some companies and some jobs.

But it is also union business because it is about a shift in the responsibility for the consumption of finite carbon resources. Currently that responsibility is being handed to future generations who will need to deal with the implications of dwindling resources, rising sea levels and less a stable climate.

That’s why I will continue to be in the centre of this debate – ensuring Australian workers, their families and communities are protected and refusing to let the big polluting companies off the hook.

“Climate change is union business because it requires a major economic shift – one that will impact on some industries and some companies and some jobs.

But it is also union business because it is about a shift in the responsibility for the consumption of finite carbon resources. Currently that responsibility is being handed to future generations who will need to deal with the implications of dwindling resources, rising sea levels and less a stable climate.

Under this plan, the responsibility would fall on the big polluters who are basing their business model on the consumption of finite resources, encouraging them to shift their business models onto a more sustainable footing.” – Ged Kearney – ACTU President

Climate change and firefighting: a voice from the front line – by FBEU State Secretary, Jim Casey As a firefighter, I can tell you things are not the way they used to [...more]