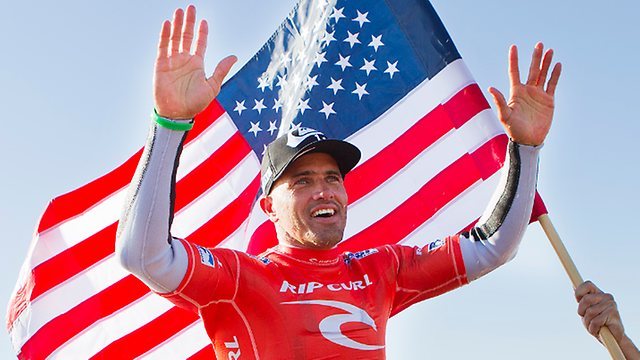 World surfing’s governing body has admitted Kelly Slater was prematurely crowned world champion in San Francisco on Tuesday because they made a rankings calculation blunder.

Slater will now have to win one more heat at either the current event in San Francisco or at the final contest of the year at Pipeline in Hawaii to clinch the world title for a record 11th time.

The Association of Surfing Professionals (ASP) had calculated the 39-year-old’s third round victory over Australia’s Daniel Ross was enough to clinch the title.

They were wrong and have apologised to Slater and Australia’s world No.2 Owen Wright, who still has a remote chance of winning the world title.

“Kelly and Owen tied at best nine of 11 results, so we went to best eight of 11 results and the system gave it to Kelly based off his higher seed position.

“We were operating under that assumption and created the ASP world title scenarios based off that. This was a mistake.

“In the end, we’re responsible for this and should be held accountable. We apologise to our fans, the surfers and to Owen and Kelly.”

The upshot of the embarrassing mix-up is that Slater must win one more heat on the tour in San Francisco or at the final event, Pipeline in Hawaii.

For Wright to remain in the hunt, he must win both the Rip Curl Pro Search San Francisco and the following event.

Torn by Anzac Day  I’m always a little torn about how I feel about Anzac Day. Both my Grandfathers served in the armed forces. One in the air force, the other one [...more]