AFTER serving with Fire and Rescue NSW for 46 years and as captain of the Coonamble Fire Station for 30 years, Kent Morley resigned at midnight on August 2 in protest.

Mr Morley believes Fire and Rescue NSW is playing a risky game with proposed changes in an effort to reign in costs with $64 million budget cuts to employee entitlements planned over four years.

He said that all over Western NSW low staff numbers in Fire and Rescue NSW stations are at unsafe levels with cuts to make things worse.

There were only two firefighters available in Coonamble during Mr Morley’s last shift while others were out of town for their primary employment.

“Here in Coonamble we are supposed to have 16 firefighters and we have seven,” Mr Morley told the Daily Liberal.

“I said I was going to resign and kick up a big stink because someone is going to die.”

Fire stations are “totally overruled by government departments” with the service becoming “a mess” during the last six years, according to Mr Morley.

He gave the example of a sub contractor being paid to change the fire alarm batteries in the Coonamble Fire Station due to regulations with firefighters not permitted to do it themselves.

“The captain just does audit after audit,” he said.

Recruiting new firefighters that are desperately needed takes three months at best according to Mr Morley.

“If we had nine applicants apply tomorrow it would be nearly 12 months before we put them on an engine,” he said.

A spokeswoman from Fire and Rescue NSW confirmed the recruitment process can take from three months upwards, depending on the candidate’s personal availability to attend interviews, medical checks and training sessions.

“Fire and Rescue NSW (FRNSW) is always looking to recruit more retained firefighters, who are on call from home or work, at a number of fire stations across NSW, including in the western region,” she said.

“Following their successful application candidates must undergo an interview, a police record check, a medical assessment by their local GP, pass a physical aptitude test and attend two training courses.”

Mr Morley also believes the physical aptitude test is outside occupational health and safety guidelines as a 10 kilogram uniform and 16 kilogram breathing apparatus is worn while an 80 kilogram dummy is dragged around a 20 metre circuit.

The spokeswoman from Fire and Rescue NSW said all firefighters must be able to meet the physical demands of the job.

“The physical aptitude test measures whether the candidate has the physical capacity that could be required in an emergency situation,” she said. 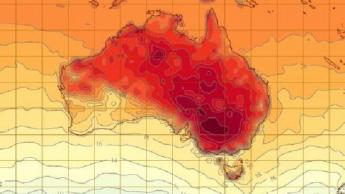