AT LEAST 80,000 NSW public sector workers are set to lose salary benefits and conditions under sweeping cuts to their awards.

The O’Farrell government yesterday confirmed it had applied to the NSW Industrial Commission this week to change 98 awards for public sector workers, including 1000 nurses who assist people with disabilities and those in aged-care facilities.

Clerical staff, librarians, parks and gardens staff, school administration assistants, regulatory inspectors and legal officers are also among those set to lose their entitlement to long-held conditions, including an annual leave loading of 17.5 per cent.

The government also plans to cut penalties for all shift workers and allowances for staff stationed in remote areas.

Some sick leave entitlements, flexible work arrangements and parental leave would also be affected by the changes.

The Public Service Association yesterday vowed to resist the proposals, in the NSW Industrial Relations Commission and through industrial action, starting with stop-work rallies across the state on October 8.

The NSW general secretary of the Public Service Association, John Cahill, said public servants would stop work between 9am and 1pm, with a meeting to be held at 10am in Sydney Town Hall which would be broadcast to about 40 venues.

Mr Cahill said the government was planning to abolish the annual leave loading and other conditions the union had spent years fighting to win.

”It’s a disgraceful attack on the conditions of public sector workers in NSW,” he said.

”Everyone in Australia gets annual leave loading and, under this proposal, public sector workers will be the only workers in the country who don’t receive that benefit.”

Mr Cahill said the changes would reduce shift penalties and the periods for which they would be paid.

The acting secretary of the NSW Nurses and Midwives Association, Judith Kiejda, said about six nurses working for NSW Police and about 1000 working in the aged care, disabilities and home care sector would be affected by the proposed cuts.

”To have the cuts imposed on them on top of the government wages policy [which caps salary rises to 2.5 per cent] is outrageous.

”The meanness of this government beggars belief.”

A spokeswoman for the Finance and Services Minister, Greg Pearce, last night confirmed that the changes related to 98 awards.

”The proposed changes will not apply to public nurses, teachers, police or firefighters.”

But she said the amendments did apply to those working under a state award for the Department of Family and Community Services, including aged, disability and home care.

The matter has been set down for further hearing in the commission on October 10. 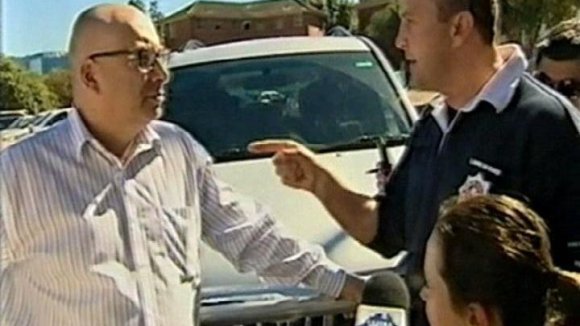 Kate vs Costa | The following was an article written for the FBEU annual magazine, the NSW Firefighter. It documents the story of an impromptu protest that sent ripples [...more]