First Barry O’Farrell announced plans to close up to eight fire stations each day, leaving large parts of Sydney without a fire truck in their local station. Now he wants to hit you with a new tax. 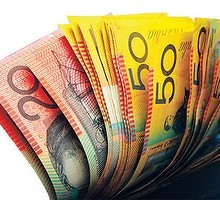 Why is he doing this?

Luckily, it’s not too late to stop this regressive tax

Torn by Anzac Day  I’m always a little torn about how I feel about Anzac Day. Both my Grandfathers served in the armed forces. One in the air force, the other one [...more]