The Abbott Government’s budget confirmation that the 0.25% SGL increase scheduled for 1 July 2014 will proceed combined with the Baird Government’s Supreme Court win last week (see “In brief”,SITREP 17) means that this year’s 2.5% wage increases will now be fixed at 2.27%. On the other hand, the budget’s deferral of next year’s 0.5% SGL increase means that the 2015 wage increases will remain at 2.5%, and the 2014 Retained Award’s Table 1 wage rates will now be increased to reflect this.

The last chance to save this year’s 2.5% increase from falling to 2.27% rests in a High Court appeal against the Supreme Court decision. NSW public sector unions (the FBEU included) agreed on Monday to engage Senior Counsel with a view to doing just that, but we don’t yet know when an appeal might be heard or a decision expected, or even if leave to appeal will be granted. More to follow.

The number of permanent members who are receiving Attendance Management Policy (AMP) “show cause” letters is on the rise. Not because more members are breaching the policy, but because zone management is failing to remove those who hit the automatic review triggers (eg 50 hours in a 13 week period) but who, on closer review, are obviously to (to quote the AMP) “utilising sick leave for its intended purpose”. In other words, management are sending out letters that should not be sent.

A current example of this unwelcome trend is the member who has been asked to “show cause” after undergoing treatment for cancer and requiring (not surprisingly) almost 7 weeks of sick leave. He has continued to be lent on to respond to a show cause letter he should never have received. In this member’s own words: “Being diagnosed with and undergoing surgery/treatment for cancer was stressful enough but to now have to justify taking that sick leave, when all relevant medical certificates were submitted at that time, is not only insulting but a disgrace.” The Union has instructed this member not to respond, and will take further action if the zone in question is silly enough to press on and/or breach the member.

The AMP’s various “triggers” are flags for zone management to look into a member’s sick leave and possible explanations for same, not automatic cues to fire off a show cause letter and wait to see what comes back. For further advice and assistance over show cause letters, contact the Union office.

History to repeat at Pyrmont?

Word is that Workplace Standards has been asked to “investigate” who started the rumour that 38 Pyrmont will be closed if crews go to City of Sydney during renovations. If this is true then WSB need look no further: we started the “rumour” because that’s exactly what happened in 1993. What was initially supposed back then to be a two week spring clean rapidly progressed to an official station closure and it took the Union almost five years – and a change of government – to get 38 re-opened.

There is no agreement for 38 to relocate to COS and members should not assume there will be.

For a printable copy of this SITREP, please click here. 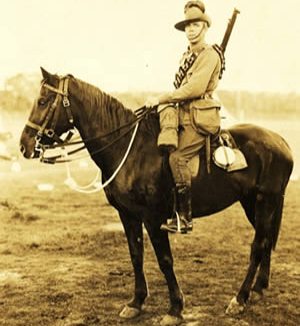 🌊The swell that keeps giving
🌊Still some solid swell around today. A jet ski would come in handy. Local reef break still supplying the goods🤙🏽
#Swell🌊
🎼Started tonight’s LP listening with TISM - This Is Serious Mum, Punt Road.
Ocean
From The Clash, London is Calling LP.
🎼New addition to the music room using @vinylrax 🎶
Tonight was the first “Kiama Street Soiree”. It was a huge success and was great for local business and the community.
Happy May Day from Wollongong
🎼 It’s vinyl/record night again, with some Talking Heads, John Fogerty, and some other 80s gigs.
Get some 🌊
🎼Some Howlin’ Wolf to soothe the soul🎶